“Who is left that writes these days?” – Polly Jean Harvey

I’ve been astounded lately at how different life is for the new generation of kids compared to when I was growing up.

I know this is not a new revelation.  Every generation is hit by the same thoughts as they age and watch the world change.  Dawnyele and I often quote one of the most accurate references in history on this context; from the Simpsons, Abe to a young Homer:

One thing I thought of recently that, while still remaining in concept, has taken on a very different form is Pen Pals.  Remember them?  You’d write a letter (using actual hand-writing…remember hand writing?), send it off to some kid on the other side of the world, and 3 months later you would get a reply delivered to your door!

If you wanted to be a great pen pal, you’d write a letter and maybe stick some photo’s in of where you lived.  So you’d take the pictures on your dad’s film camera, wait a month for him to take the remaining 20 shots on the film (or speed the process up by secretly taking 15 photos of the dog), take the film to get developed, pick it up a week later, get reprimanded for taking 15 photos of the dog, mail the letter which would take a few weeks to get there on a boat, then the pen pal would do the same in a similar time frame!  That kind of lead time was normal and acceptable back then! 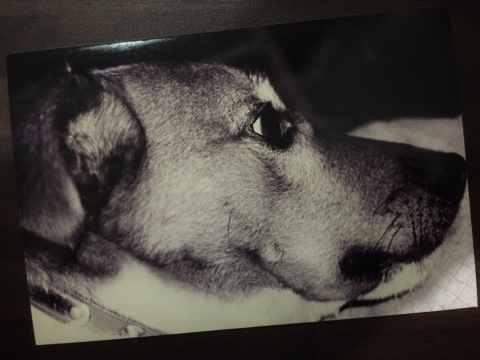 Growing up in Australia with a mum from Pennsylvania in the United States, writing back and forth to family was very common for us.  As a teenager I was in frequent contact with a second-cousin, Suzi Fukushima (then Wiencek).  She was an awesome pen pal.  We’d send photos galore, video cassettes (remember them??), presents….it was great.  We tried setting up her best friend with my best friend as pen pals but it never took off for them.  I did, however, get to meet this best friend of hers on a trip over in the mid-nineties.  She was absolutely gorgeous and an amazing girl.  So I married her and brought her back to Australia.  Not then and there, that would have been weird.  It took another few years of writing 20 page letters back and forth, calling, visiting.  But here we are, 18 years and 4 kids later; and she’s still gorgeous and amazing.

Now I watch my kids texting their cousins on the other side of the world.  Or Skyping them!  It’s instant and in real time!!  It’s weird and scary to me.  But I still love it.

This year I’ve been involved in two international coffee swaps and it’s a bit like going back to those old days of pen pals.

The first was with David Fortner (@practical.coffee).  Via email, we had been discussing the difference in roast profile preferences between the States and Australia.  My experience had been through coffees I’d either had while over there or had shipped to me, that they generally roasted darker than we do here for specialty.  So we agreed to pick a coffee from a local roaster that accurately depicted a “standard” roast profile for what we were used to.  Five Senses unbelievably hooked me up with the complete set of their Colombian Cultivar Collection to send over, and David sent me a bag from Peixoto of their very limited Panorama offering.  He put this fantastic package together of the Peixoto, 3 vials of Third Wave Water to try, some Peixoto merch, and a bag of Colombian coffee he had roasted himself under his Full Service Coffee Roasters banner! 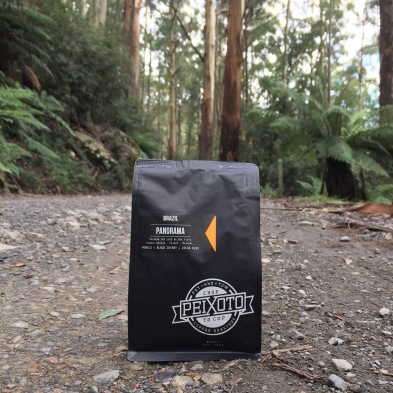 The Peixoto coffee had specifically been roasted light, so it probably wasn’t indicative of the “standard”, but it instantly became the best coffee I’d ever tried.  I still haven’t had a coffee since that topped that one.  Didn’t matter how I brewed it, it was liquid gold every time!  Cheers David!

The second, more recent, exchange was with Ryan Proctor (@itsyourboyproctor).  There was no mention of roast profiles or scientific agenda, it was a simple “let’s swap locally roasted coffee between Melbourne and Northern Ireland”.  My son thought this was a bizarre concept.  He knows enough about coffee to know that Ireland doesn’t grow coffee, and we don’t grow coffee, “so what if you both send each other a Kenyan?  What’s the point?”  I explained to him that different cities have different preferences in how they roast the coffee, so the same coffee could express itself in two very different ways.  “Yeah but it might not….”  While I can’t argue with his logic, it was raining on my parade.  So we stopped discussing.

I bought two bags of Five Senses Acacia Hills Tanzanian Geisha and sent one off to Ryan and keeping the other for myself.  Ryan’s package arrived safely after much anticipation and did not disappoint!  He’d included a map of Belfast that plotted out all the specialty coffee shops in the city, and Indy Coffee Guide’s book of specialty coffee roasters and shops of Ireland!  I LOVE maps!

Ryan had recently posted an article on cupping on the blog that he and his brother write.  If you haven’t read it, check it out.  It’s great!  I’ve never cupped at home, but have been to a couple public cuppings.  As previously mentioned, my wife’s palette is far more on point than mine when it comes to identifying tastes, so I roped her in to take notes and we cupped using the method Ryan describes in his article.

The coffee was delicious and I was blown away by how sweet it presented itself as it cooled.  Dawnyele found notes of roasted chestnuts and sweet potato in the aroma (I couldn’t find them on the flavour wheel, but once she planted that seed in my head I could definitely smell it too).

We took the kids up to the snow the next day for the sunset and I brewed the coffee on the V60 using melted snow for water.  The cup cooled incredibly quickly, but the flavour was amazing.  Very juicy and a nice full body.  I look forward to exploring the rest of this coffee in a warmer environment.

The communication exchange with Ryan while we patiently waited for respective packages to arrive was great.  Never met the guy.  Probably never will in this life.  But there’s some people that, even through email exchange, you get the sense that they’re one of the good ones.  Ryan Proctor strikes me as one of the good ones.  I sincerely hope to shout him a coffee one day either here or in Ireland.  Preferably Ireland as it means that I would have got to travel to Ireland.

I asked Ryan if he would collaborate on this article with me and share his experience of the coffee swap, so without further ado, here’s Ryan Proctor!

What an introduction! I reached out to Tim a few weeks back and pitched him the idea of a coffee swap. I have seen this concept before on other social media sites and was quite eager to try it out sometime. I messaged a roaster from my local place and he recommended a few bags that they currently had to offer, so I decided to send Tim a bag of Honduras La Florencia which was roasted by Bailies Coffee Roasters. Whilst we were exchanging messages I could see that Tim didn’t know much about the growing coffee scene here in Northern Ireland so I decided to also send him a well put together coffee guide and also a very well designed coffee map of all the specialty coffee shops in our capital city.

This whole coffee swap thing has definitely taught me patience! Every morning I was waiting on a message from my wife to say that the package had arrived or I was rushing home from work to see if it was waiting for me at the door. When it finally arrived it honestly felt like Christmas morning. My wife made fun of me for making this comparison but she needs to experience this to get it! Tim put together an incredible package, he added some Australian mints, a lovely pin and a lovely message wrote on the back of a postcard. I could instantly tell he had put a good bit of consideration into this coffee swap which made it all even better and more exciting.

I couldn’t wait to get stuck into this bag of 5 Senses Coffee. I adjusted my grinder to where I would normally start when brewing new coffee and for the first time in my life I think I got it pretty spot on first time. The coffee notes for this coffee are Lemongrass & bergamot, light tea-like body & short aftertaste. I brewed this through v60 and it was such a smooth and easy coffee to drink. If it wasn’t for the fact I want to savour this bag for as long as possible I probably would’ve made multiple cups that evening! I cannot wait to dive into this coffee more and hit it with a few more brewing methods.

As Tim put it on instagram ‘How small is the world thanks to social media’, this statement is something I highly agree with. I would highly recommend to those coffee enthusiasts out there to try a coffee swap with someone on the other side of the world. Make those connections with people you may never meet but share an interest with, we now have the ability to do so!

I hope to make a few more swaps with Tim in the future and I am loving continuing getting to know this great guy and following him on his journey*. I just want to thank Tim for taking the jump and agreeing to the coffee swap and also making it an enjoyable experience for me.

I do love how much easier sharing experiences like this is now thanks to social media.  Participating in something like this and getting to know someone on the other side of the world makes you realise the world is a lot smaller than it seems.

Maybe a little too small….

Dawnyele grew up in the very small town of Sligo, Pennsylvania about 20min down the road from where my mum grew up in Clarion.  We obviously had family that knew each other, and it even turned out that my uncle had worked with her dad years before.  Small world!

About 10 years into our marriage Dawnyele got a copy of my mum’s family tree that had been immaculately researched.  She was looking through it on the computer while I was reading something else on the couch.  The tree showed a long history of my family’s residency in the Clarion County area.  The ensuing interaction was as such:

Dawnyele: “Hey you have Shirey’s in your family too! (Dawnyele’s maiden name is Shirey, quite common for the area)

Dawnyele: “Ha!  You also had a Charles Shirey!  My grandfathers name was Charles!”

I’m not sure if I swore out loud, but I’m sure it went through my head.  Along with rapid firing thoughts of:

After a few scary minutes of frantic research it became clearer what was going on.  The relative that had prepared the family tree knew the Shireys.  She had branched off from me to Dawnyele, then began working backwards up the Shirey line as far as she knew….

Turns out we’re not related.