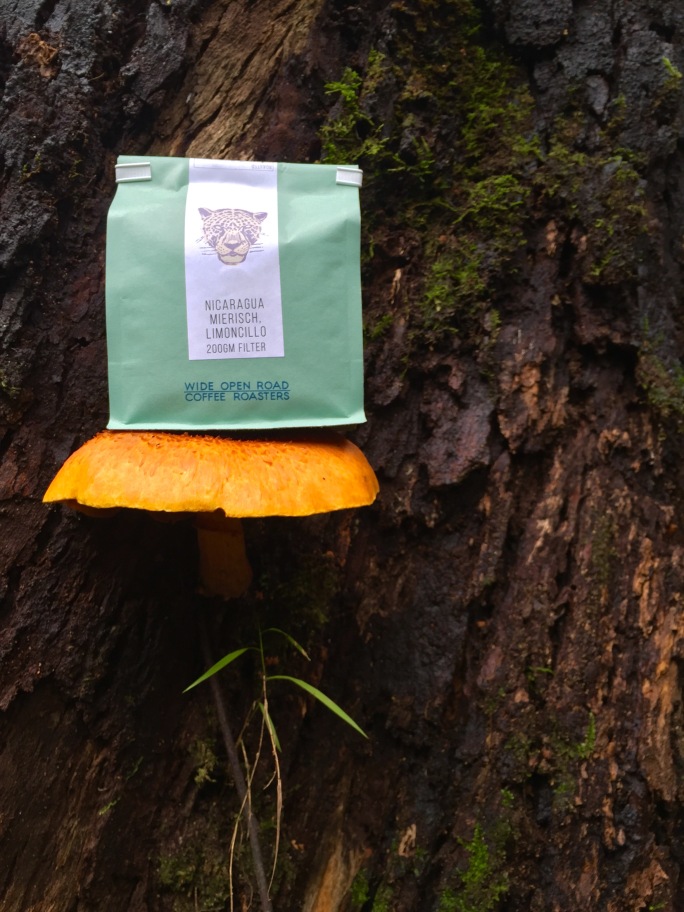 Dawnyele called me from her friends house one night saying “Hey you need to come around here and check out Matt’s coffee setup.  It looks like a science lab.  He just served me a coffee made from rainbows and unicorns.”

Obviously I went.  Who wouldn’t be intrigued?  It turned out to be my introduction to the V60 and specialty coffee altogether.  I was blown away by the fact that coffee could be made in a way that I enjoyed straight black.  The panela sugar Dawnyele had put in hers was from Brazil and the bag mystically claimed it to be made from rainbows and unicorns.

When you’ve never witnessed manual brewing before all the different devices seem bizarre and complex, like some sort of magic is being woven into a cup of coffee.  Or in the case of my son’s friend walking into our kitchen when I was making a syphon brew, the look on his face as he slowly backed out of the room told me he thought he’d just walked into a meth lab.  “Here, buddy.  Try some of this……” 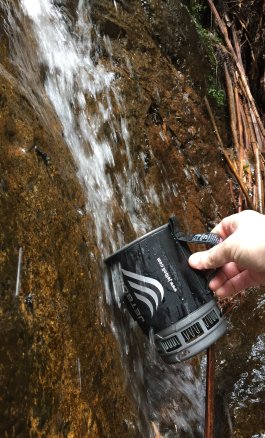 Speaking of mystical coffee; brewing in a rain forest, surrounded by Lyrebirds putting on their show, and sourcing water from a waterfall is pretty wizard.  I lucked out today when I bailed on a mountain bike ride due to being soft and not wanting to get cold and wet.  I decided to head to La La Falls in Warburton instead to try out the new Jetboil for V60 usage.  It was a great choice as the rain let up upon arrival, I had the place to myself, and the Lyrebirds were on display and didn’t seem to mind me being around.

The walk to the falls is only 1.6km and is a gentle incline the whole way.  The path has been done amazingly with beautiful little stone bridges over the water crossings.

I had my whole travel case in the car as it was the best way to get all the gear plus Hario pour-over kettle around.  I’d expected to brew at the car at my originally planned mountain biking start point, but now I’d be lugging it up to the falls.

I had never used the Jetboil for pour-over coffee before.  I had debated attempting to use the supplied lid which has an opening to pour from as the pour-over kettle to save taking the Hario.  But for purists sake and not wanting to bugger it up, I decided to take the Hario. 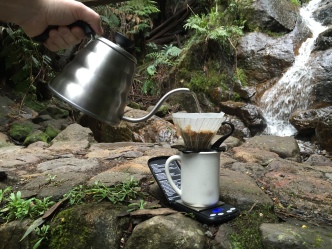 The thing about pour-over coffee is that you want total control over your pour to accurately dose the right amount of water over a specific amount of time, and minimise unwanted agitation to the brew bed.  I had a feeling the Jetboil lid would just dump water into the V60.  No doubt if you wanted to simplify while camping you could make the Jetboil spout work, but lets be honest….if you’re trying to simplify while camping you’re not going to be trying to brew on a V60 in the first place.

I love the thought of sourcing water from right where you’re brewing.  I don’t think you could make the experience any more natural than that.  In this case the results were amazing.  I had brewed this same coffee on the V60 at home the day prior but this tasted totally different. 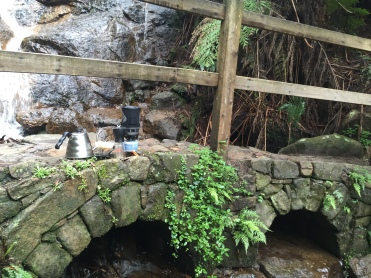 The coffee is a washed Pacamara from Nicaragua, roasted by Wide Open Road.  Yesterday when I first brewed it I thought it had a bit of a zing.  That was nothing compared to this brew.  It was downright amazing and delicious.  The flavours pretty much punched me in the face.  It tasted like a cola fruit tingle.  I don’t even know if those things exist, and I’m pretty sure Cola Fruit Tingle isn’t on the SCAA Flavour Wheel but that’s the best I can come up with.

My wife’s palette is far more refined than mine, and she doesn’t even like brewed coffee.  I’ll give her something to taste and she’ll rattle off descriptors almost identical to those on the flavour profile:

“Dude that’s exactly what it says on the bag!  So you like it?” 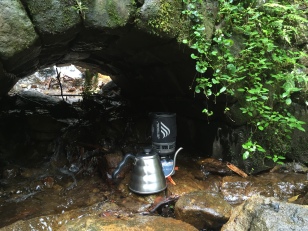 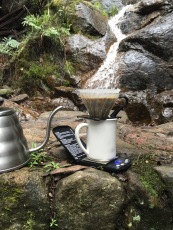 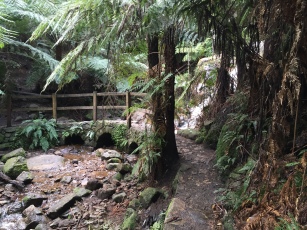 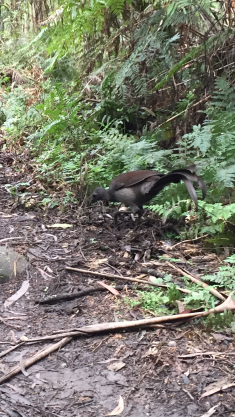 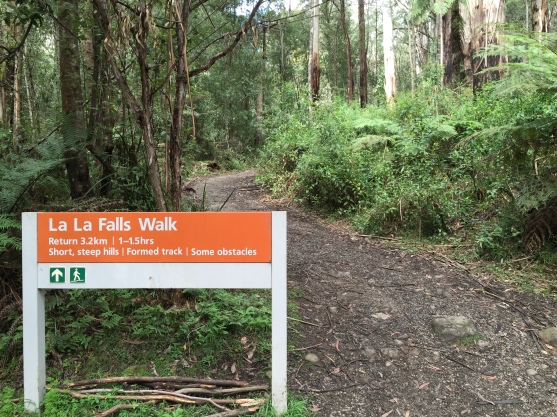